The psychology of loyalty rewards

Home > The psychology of loyalty rewards 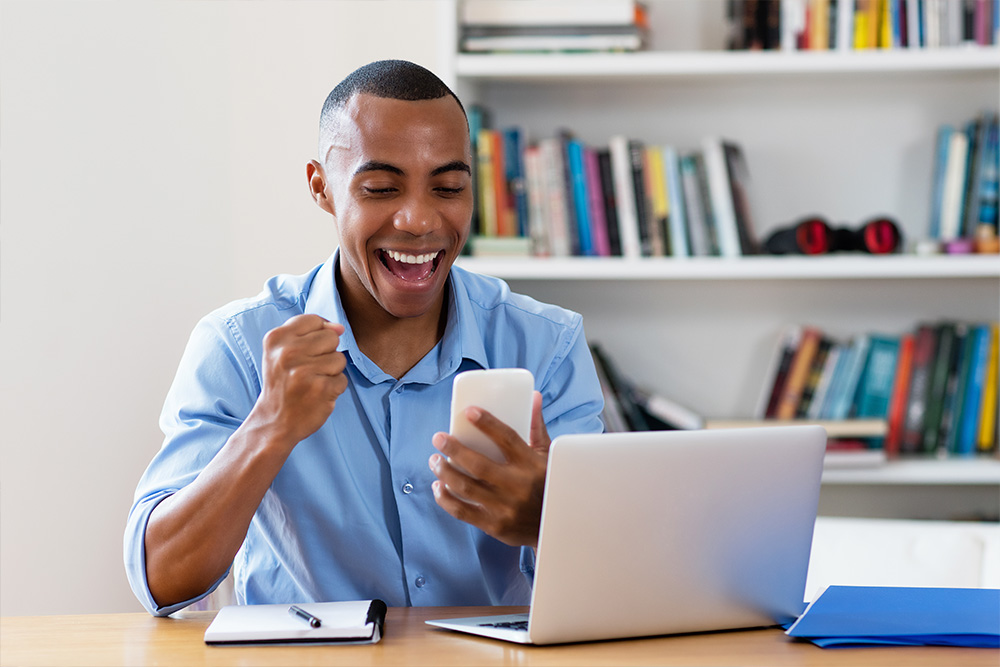 What happens when you apply basic psychology to your loyalty rewards strategy?

Which psychological phenomena can you use to make your program more effective without making customers feel manipulated or exploited?

There are many psychological phenomena and cognitive biases that can be employed to positively affect your customer or employee’s willingness to participate in your loyalty program. The value of any loyalty program lies in its ability to influence profitable customer behaviour, so let’s examine some of the psychology behind how you can achieve that.

First of all, humans are hardwired for rewards. Rewards are what keep us coming back and performing the same actions over and over. This involves brain chemistry, in other words, an increase of activity in the reward and pleasure regions and subsequent release of dopamine, encourages you to persist with the task, remember your prior actions, and repeat. All in order to get the reward again (and again, and again).

There are two types of rewards: fixed and variable. Fixed rewards yield a reward every time an action is performed – like a rat receiving a food pellet whenever it pushes a lever. Push lever – get food. Easy!  A variable reward schedule produces rewards at random, in other words, a reward is not guaranteed every time an action is performed.  Push lever – get food. Maybe!

Studies have shown that the variable reward schedule consistently produces more activity. Because variable rewards are unpredictable, they also produce a sense of curiosity.

Take out: Use a variable reward schedule to keep your loyalty program participants engaged, curious and actively working to earn rewards.

Goal anticipation. Curiously, the closer you get to completing a task the more effort you put into it; it’s something called the goal gradient effect. This is why it is of paramount importance that the goal or task seems attainable – for if it’s not, a person’s motivation to attain that goal will dramatically reduce as a sense of hopelessness sets in.

Take out: Try offering smaller rewards along the way, smaller milestones that are easier to achieve and be sure to communicate this progress in order for the goal gradient effect to kick in.

Demonstrate value early.  You can create the illusion of a head start (artificial progress) by providing bonus loyalty points up front.  It will make your customer base feel like they are already on their way to achieving a goal (instead of starting from zero). Psychologically speaking, the simple perception of progress towards a goal is extremely influential in driving customer loyalty and interaction.

Take out: Give your participants some points, right off the bat. This will enable them to experiment and ‘play’ with the system, demonstrating its value to the participant without them first having to complete a set of (possibly) complicated tasks.

Loss aversion and the willingness to gamble

All the psychological tricks that gambling casinos employ make for a fascinating read; what with keeping the lights ‘just so’ in perpetual twilight, no clocks anywhere, and variable reward schedules all over the place (for what is gambling if not a variable reward?)

Research has revealed that people are more likely to gamble, or to take a chance, if they are avoiding a loss. In one experiment, participants were given $50 and told that they could either keep $30 or gamble, at 50-50 odds, to get the whole $50. Only 43% chose to gamble. When told that they could either lose $20 or gamble, a surprising 62% chose to gamble in order to avoid a perceived loss.

Urgency
Putting a time limit on your offer produces a sense of urgency, but be very careful not to overuse or misuse this tactic. It can leave people feeling stressed and hurried – often leading to a decrease in customer engagement.

Take out: Perceived loss, coupled with urgency can be an extremely effective motivator. Consider all those “30% off, but hurry, offer expires” you’ve seen and think about how many you’ve acted on. Show participants a benefit they could miss out on (loss aversion) and then encourage them to act by giving them a limited time to acquire the benefit.

Scarcity
Nothing drives action (and sometimes unseemly hoarding) like scarcity – perceived or otherwise. Use scarcity to add more gravitas to a reward, for example, if your loyalty program awards badges, consider limiting the availability. This will help to restore a patina of desirability to an often overused reward. Perceived scarcity also plays up the value of a reward. Aside from being meaningful and relevant, a reward should be perceived as sufficiently valuable to be desirable.

Take out: Create the perception of value by limiting availability. Even though the value is only perceived, it still goes a long way to intrinsically motivate participants. There is also a considerable ‘trophy value’ attached to a rare item or reward that confers bragging rights to the recipient. Humans, as social creatures, love to brag.

Social proof
People are more likely to do something if they see other people doing it. This is the essence of social proof and it is the reason you would broadcast how many social media followers or subscribers you have. Anyone seeing this will think, “Wow, Gigantor43 has 60 000 followers? Maybe I should check this out!” Very interestingly, platforms such as YouTube actually provide tangible rewards, in the form of a trophy, when you reach a certain number of followers or subscribers, which leads us to the next related concepts.

Social validation
What could be better than getting views, retweets, and likes for things that you post? Notice how you don’t know whether a post will be rewarded with more attention than the previous one, which encourages you to come back over and over again (a variable reward). Receiving such extrinsic rewards (Likes and Loves) also results in intrinsic rewards, like increased pride and motivation.

Social status
In contrast to loss avoidance, we also have the desire to gain credibility and prestige – an elevated social status. Identify your hard-core participants and reward them accordingly with a sense of accomplishment (in the form of VIP status) and exclusivity. A tiered loyalty program structure will provide participants with something to aim for, keeping goals short-term and attainable (see goal anticipation).

Take out: Humans are social creatures and always will be. Pay careful attention to the desires of your participants, particularly as far as social needs are concerned. Remember that humans like to run with the herd (social proof), like to be acknowledged and recognised (social validation) and like to see their status (social status) and credibility increase. It’s up to you to leverage these tendencies.

Use your knowledge wisely…

You don’t need a degree in psychology to apply some of these phenomena to your customer rewards strategy. A healthy dose of common sense and a little bit of strategic thinking goes a long way. However, now that we’ve spilled the psychological beans, you must promise never to use your new-found knowledge ‘for evil’. That is to say, be very mindful never to come across as controlling or manipulative. Participants will tolerate a certain amount of encouragement, even cajoling, but if at any stage they feel ultimate control has been wrested from them, they will begin to disengage with your loyalty program.